Following Your Heart (With Musician, Author, and Entrepreneur Zuby)

He followed his heart and created an amazing and successful life for himself.

Join me for a fun conversation with Internet sensation, writer, musician, and entrepreneur Zuby about following your heart, hard work, and finding your own path.

Zuby is more than just a rapper. He is a rising public figure and influential voice, whose unique perspective, authenticity and positive energy have earned him over 300,000 followers on social media and 7 million+ online video views. He has caught the attention of some of the most popular media personalities in the world, appearing on The Joe Rogan Experience, The Adam Carolla Show, The Glenn Beck Podcast, The Rubin Report, The Ben Shapiro Show, and The Candace Owens Show, as well as mainstream news outlets such as BBC, Fox News, Sky News and RT.

As a musician, author, podcaster, public speaker, fitness expert and life coach; Zuby doesn’t shy away from expressing himself, with a refreshing and compelling level of honesty.

Zuby was born in England and raised in Saudi Arabia, where he attended an international school. While studying Computer Science at Oxford University, he started rapping and within months self-released his first album Commercial Underground. His first single and music video Steppin’ 2 Me gained local popularity, receiving radio spins and national TV airplay. Since then, he has created his own successful merchandise line, reached #12 on the iTunes Hip Hop Chart and self-released 5 albums and 3 EPs on his label C.O.M. Entertainment, which have sold over 25,000 total copies independently.

A rapper with a difference, Zuby is known for his clean, positive and inspirational lyrics, as well as his masterful flow and energetic live performances. He has performed over 100 gigs in 8 different countries, including the UK, USA, Saudi Arabia, Nigeria, Germany and Czech Republic. Beyond his own headline tours, he has opened for several popular artists such as Tech N9ne, Akala and The Pharcyde.

In 2020, Zuby’s fan base and achievements continue to grow rapidly. He is now the highest funded UK based rapper on Kickstarter, his podcast Real Talk with Zuby reaches thousands of listeners every week, and his first book Strong Advice: Zuby’s Guide to Fitness for Everybody has sold over 1,500 copies.​

Album out now – Perseverance – The Best of Zuby

Book out now – Strong Advice: Zuby’s Guide to Fitness for Everybody 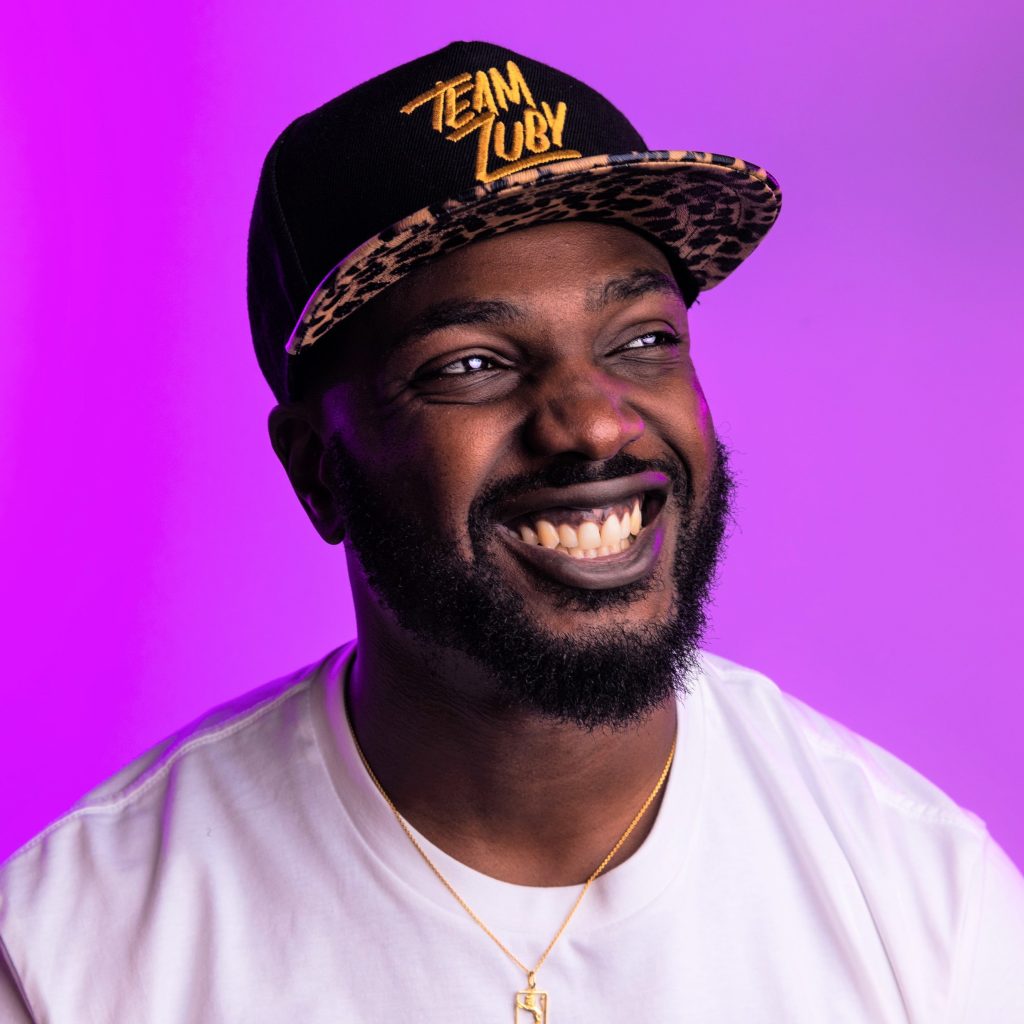