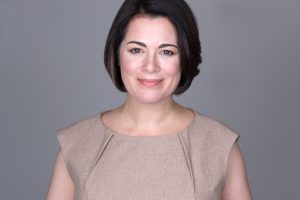 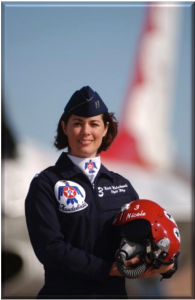 Nicole Malachowski wanted to be a fighter pilot since she was a little girl. The problem was, it was against the law for women to serve in combat roles, and no women were allowed to fly fighter aircraft.

That could have been the end of her story, but she didn’t give up. The rest of her story is an unbelievable example of the power of persistence, passion, and hope.

Nicole is a member of the National Women’s Hall of Fame, was one of the first female fighter pilots, and was THE first female pilot to fly as an Air Force Thunderbird.

But that’s not why I invited her onto the show. She also had to overcome tremendous adversity when she was afflicted with a deadly disease at the height of her professional career. Her story of how she overcame and turned that challenge into a new career and calling is inspiring and phenomenal.

We had a great conversation about following your dreams, about never giving up, and about her career now as a high-demand public speaker and advocate.

Check out her blog and learn more at nicolemalachowski.com!