Hopelessness is Deadlier Than Brain Cancer

Hopelessness is the Deadliest Disease Known to Man

My patient stares at the floor for a few seconds. I hear him swallow, then he puts his hand on his wife’s thigh. When he looks up, his eyes are red and he says, “What happens next, Doc?”

We are looking at an MRI picture of the inside of his head, and it’s not good: deep in his left frontal lobe is a gray and white blob, a brain tumor.

I’d just said, “This is highly suspicious for brain cancer,” as I pointed to the tumor. He’d diverted his eyes downward- people always look away from it when I tell them what it is. 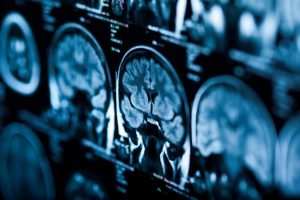 I’m a neurosurgeon, so I know too much about what happens next. Of course, until we have a biopsy, I won’t know for sure what it is, but I already know. I’ve seen this thing too many times before, and I’m sure it is a brain tumor called glioblastoma multiforme (GBM).

When I saw the scan before my patient arrived for his appointment, the entire natural history of GBM flashed through my mind, and I said to myself, “I’ve seen the end of you,” about the man I had not yet met.

The natural history, the typical course, of GBM is so consistent that my patient’s experience would be easy for me to predict: he would have surgery, undergo radiation treatment and chemotherapy, the tumor would come back, and he would ultimately die. I wasn’t prophesying doom out of pessimism, but rather out of data and experience- the published five-year survival rate is less than ten percent, and in my nineteen-year-long career so far, only one of my patients has lived ten years.

Before my son Mitch died in 2013, I thought that GBM was the deadliest disease humans could face. But losing my teenaged son taught me that I was incorrect, although it took me a while to see it.

Once I could breathe again and my wife Lisa and I went back to work together (she ran our practice in those days), I realized I was a different kind of doctor than I had been before.

Click here to check out The Dr. Lee Warren Podcast

Prior to losing Mitch, I would have answered my patient’s question, “What happens next, Doc?”, with medical facts and an action plan: we’ll go to surgery, make the diagnosis, remove as much of the tumor as we can, get the cancer doctors involved, fight this thing.

That strategy came after a few years in practice and seeing dozens of these cases end the same way. By then, I thought I knew that no disease was worse than GBM, that no malady was more uniformly un-survivable.

I came to those conclusions honestly: neurosurgeons and oncologists have not seen a significant improvement in GBM survival in a generation.

But despite the dismal statistics, I also knew there is a difference between length of life and quality of life. Thus, since I was in no position to save the lives of the majority of GBM patients, I needed to find a way to doctor them and improve their lives anyway. And in watching patients grapple with GBM and the other life-threatening diseases and life-altering injuries I treat, I came to notice patterns that seemed to predict quality of life in them, independent of their physical survival.

Some people have come through their lives in a relatively pain-free way, and their expectations about the future are bred of the lack of trouble they’ve yet encountered- “That sort of thing doesn’t happen to me.” When they hear words like, “cancer,” “inoperable,” or “terminal,” sometimes the news destroys their spirits long before it takes their bodies. And some of this set of people, even if they do recover or have long survivals, never seem to find any quality of life or reason to strive again; the world has proven dangerous and not worth fighting for.

Others have known pain and turmoil as a daily part of their existence. They almost expect me to deliver bad news, as if they’ve known all along more trouble was destined to befall them. And yet, remarkably, a subset of them manage to find something in facing the end that they’d missed before. I’ve seen lives blossom and families reconnect, and watched people discover faith they’d never known and joy they’d never anticipated, while they are dying.

A third group receive the diagnosis like a gut punch, and seem to crumble under it, only to later find their feet and regroup, recover their spirit even if their body ultimately succumbs to the disease or injury.

The final cohort seem to know life will be hard, take the news in stride, and never waiver in their optimism. Their spirits never flag, and they stay strong through the whole ordeal regardless of the outcome. 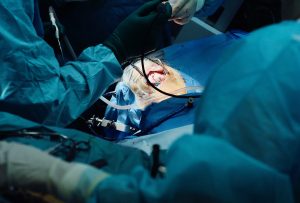 In my attempts to doctor these various patients, I scientifically studied their responses to the tumors, traumas, terminal conditions, and other trials of this life. I began to think I knew a lot about suffering people, since I had watched them from the front row for so many years.

But then on a Tuesday night one August, a knife killed my son. And I, as a person who makes his living with scalpels, had my own heart sliced open in devastating irony.

I was mortally wounded.

Everything I thought I knew about the future now had a caveat: it would all happen without my son being alive for any of it. As the Old Testament prophet Isaiah wrote, my family and I were dropped into the furnace of suffering.

Weeks passed, and I realized the biggest problem was how disappointed I was: Mitch would never fall in love, never marry, there would be no next generation toddler version of him climbing into my lap in a few years; he wouldn’t be there when I was old, wouldn’t bury me some day. He would miss so much, and we would all miss him missing it.

My disappointment morphed into depression, and I was unanchored from the faith I’d been raised with and the beliefs Lisa and I had instilled into our kids- that God would take care of us, everything would be okay. Everything is not okay when your son is dead.

And then, in the darkest hours of my life, a friend doctored me. He pointed out that our funny, hilarious, kind son wouldn’t want me to be dead inside forever.

He said, in clinical language my scientist brain could understand: “Why would you let one death have a 200% mortality rate? Mitch is gone, but you’re still alive; you have to live again.”

Somehow that thought opened my eyes, and over time Lisa and I found our way. We saw light- little flickers at first like distant stars- and it was enough. I learned something in those days: you can only see the stars when it’s really dark.  And you don’t have to see the sun to believe its light is still there, you just have to wait and try to stay alive until dawn.

And I finally figured out what differentiated the groups, once I saw that the natural history of GBM and other deadly diseases mirrored what almost happened to me after losing a son.

But great disappointment in life, great loss or pain, also has a natural history: disappointment leads to depression, depression to doubting everything you thought you knew. Those doubts can lead to fear that things will never feel better or get back to “normal,” and fear can lead to hopelessness.

Hopeless people are dead inside even when their bodies are strong. They give up trying to change things, because they decide it is impossible. Hopeless people sometimes take their own lives, because they have forgotten the light is still there. I know these things because I stood on the downslope of the survival curve of human grief, looking down into my own future as the father of a lost son, and someone convinced me to look up again.

And when I looked up, I didn’t magically feel better, but I somehow found the ability to at least believe that I would again someday.

And that was enough to save me.

So I saw my GBM patients as being afflicted with two diseases at once, one ravaging their brain and the other attacking their spirit, and it clicked for me.

Hopelessness is deadlier than brain cancer.

GBM kills the body, but hopelessness takes the life.

The difference is that even though GBM is sometimes inoperable and usually fatal, there is always a point where hopelessness can still be cured.

Because hope is a choice.

And now it’s time to answer my patient’s question, “What happens next, Doc?”

I look into his eyes and say, “Now we go to surgery and learn everything we can about this disease and how we’re going to attack it. And it’s probably going to be bad news. But whatever we find out, I want you to recognize this as an opportunity to make the rest of your life as good as it can possibly be. Because none of us get to choose how many days we will live, but we can all choose how we will live all of those days.”

After studying people’s response to terrible events and diagnoses, and in coming to understand my own path through unbearable pain, I now want my patient to be in the group that holds onto hope. Because no matter how it plays out, even if GBM does what it usually does and he ultimately dies, his life will be better if he keeps the faith that life is beautiful and that how we live it is more important than what happens during it.

“Fight the cancer,” I say, “But fight harder to keep your spirit up. Because hope is the first dose of the drug that will save your life, or at least the quality of it. Choose hope.” 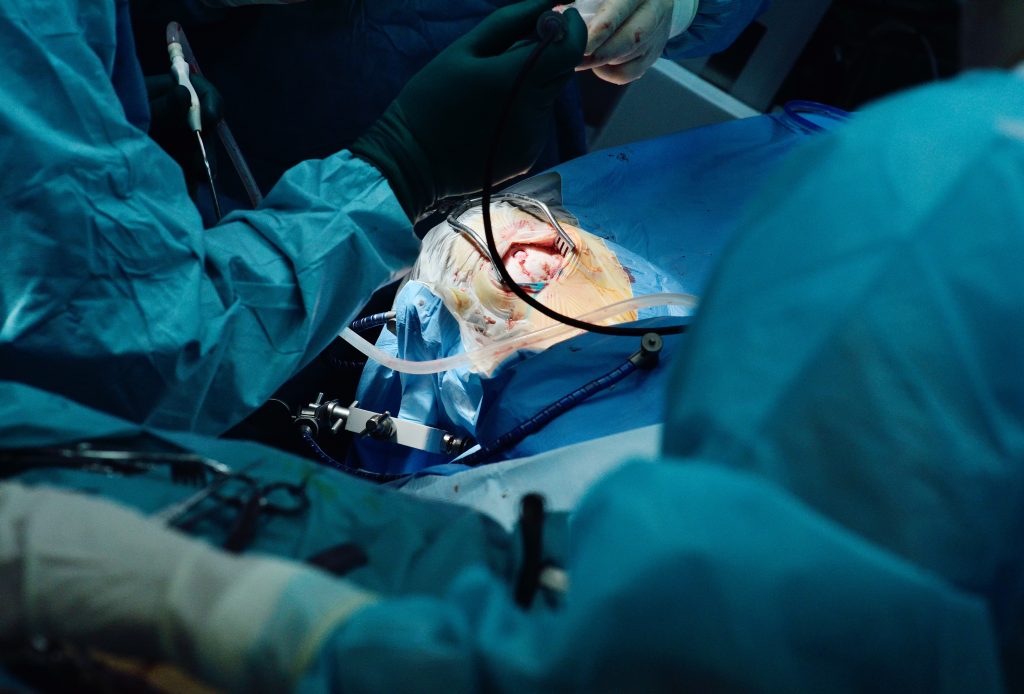